Suspended Shapes – From Paris to Milan… 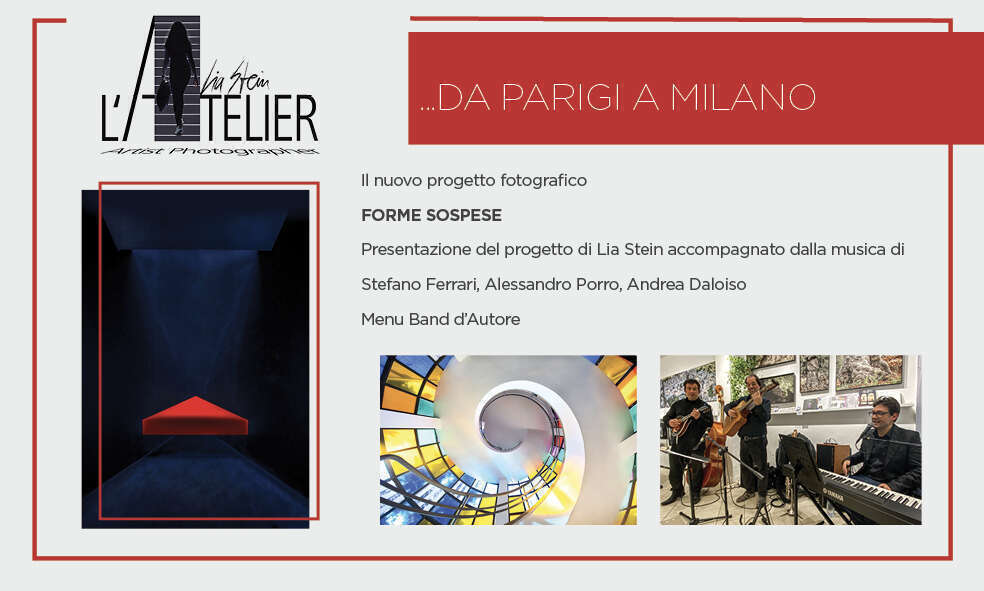 A new project, a new space
An evening dedicated to the work Suspended Shapes 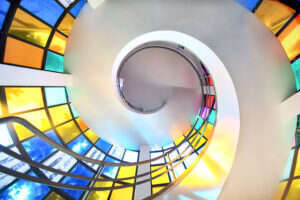 If we are so used to looking at the world from our own personal point of view, it is because
this satisfies a deep-rooted need to rationalize reality. It is within this context that Lia Stein
endeavours to transcend the ephemeral limits of mere description: to do this, she observes
places, settings and surfaces, seeking to find a meaning in what she sees. The starting
point thus becomes a void within which shapes are totally free to move. Resplendent on a
black background, the archetypal silhouette of a triangle moves like a space shuttle:
golden walls converge at a point where they form a sky-blue square; the circular lines of a
vortex heighten the contrast between the whiteness of one side and the alternating colours
of the other; and transparencies cross the thickness of parallelepipeds disposed like the
curtains of an imaginary theatre. So now everything is rearranged into a visual path with its
mysterious charm, while suspended shapes soar into space.