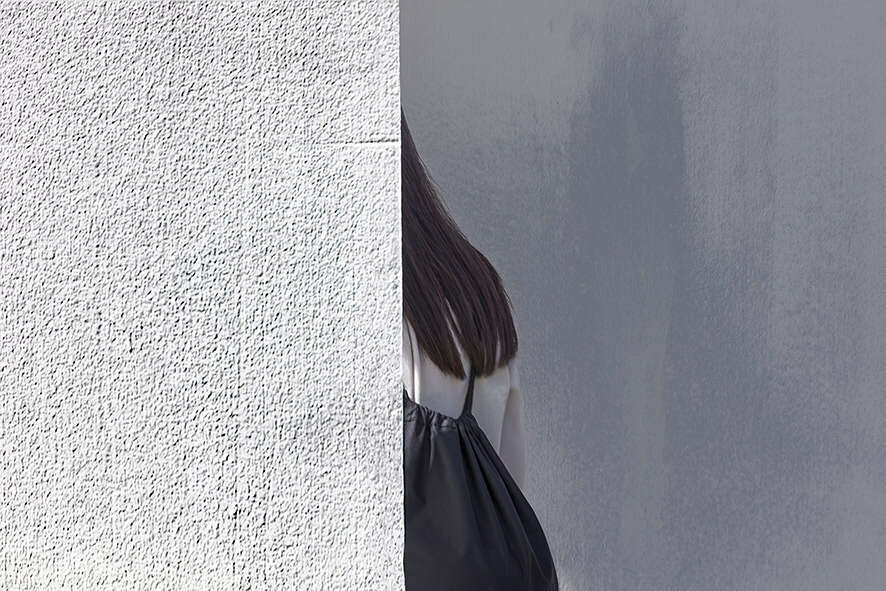 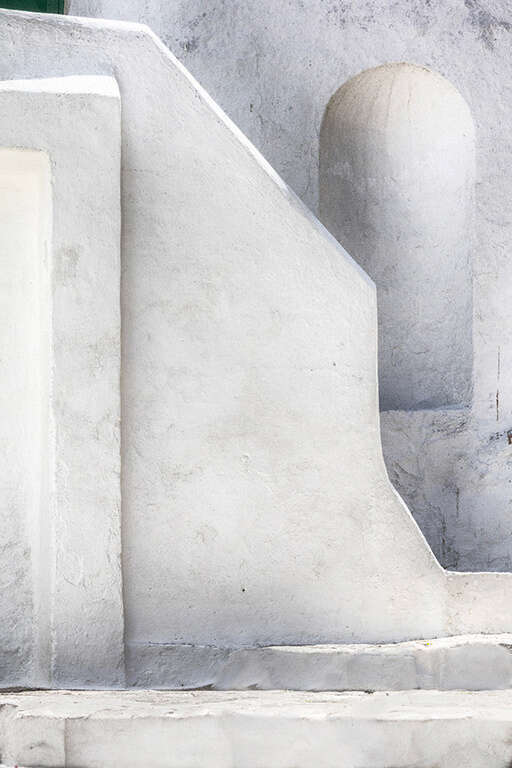 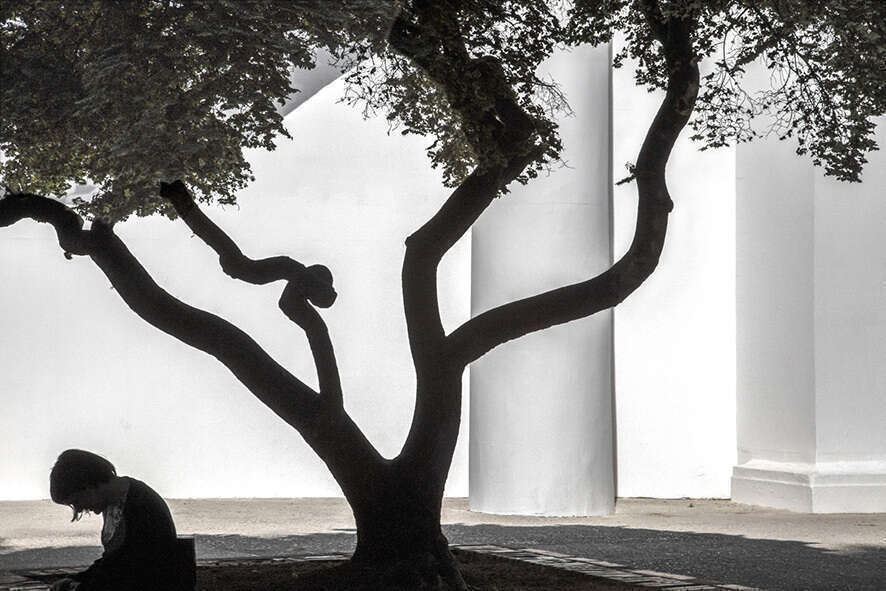 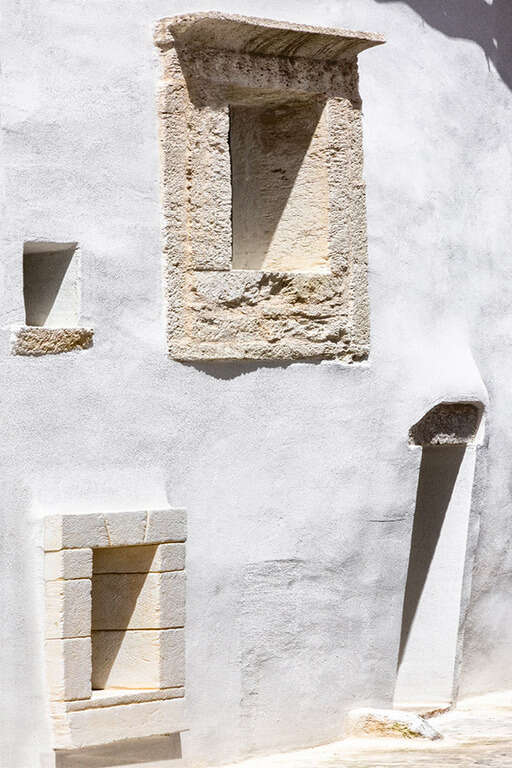 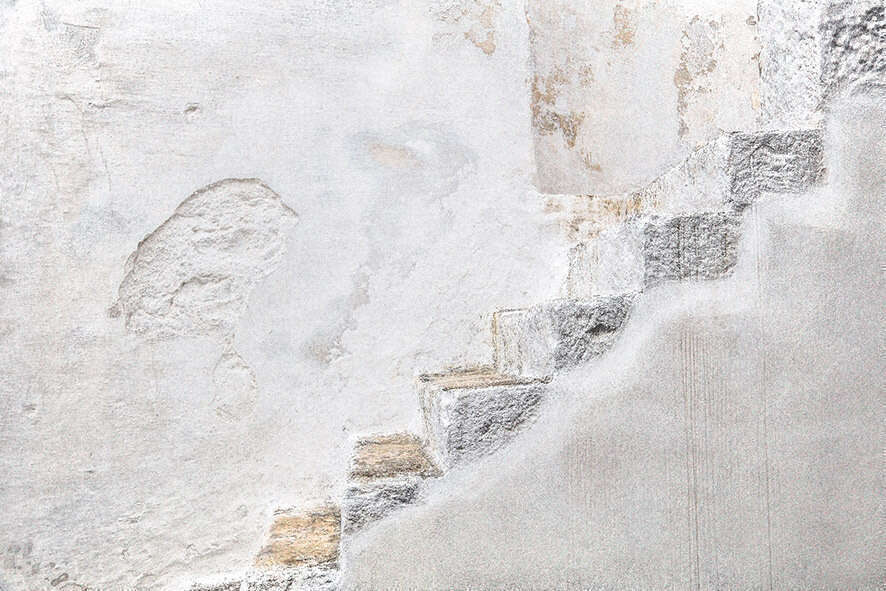 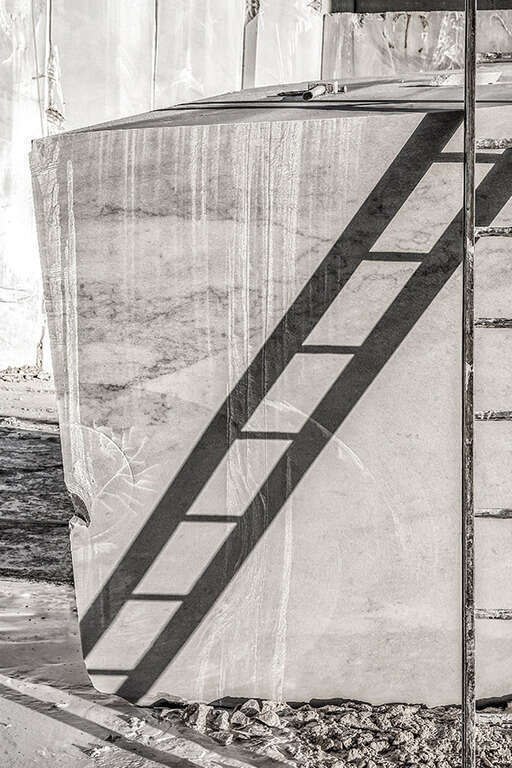 Experimentation in the field of photography does not proceed in a linear manner: it wanders along winding paths, makes great leaps forward, stops and maybe retraces its steps, never in order to repeat itself, but rather to refresh old insights and – in a development of a dialectical nature – offer them as a new vision. These are considerations that come to mind when looking at recent works by Lia Stein, who, while remaining faithful to her poetics characterized by compositional rigour of geometrical origin, has now chosen to expand her horizons to include a very special reflection on the theme of materials that she has already dealt with in her Pianeta terra (Planet Earth) series. While in that case her inquiring eye dwelt on the surfaces of quarries in order to reveal an unexpected world of signs, here the vision broadens in order to comprise a wide variety of planes as seen through the lens of her camera. Her aim is to go beyond the two-dimensionality that is a distinguishing feature of photography in order to obtain a visual language capable of capturing the movement of forms as they soar into space. The external surfaces of a skyscraper rise as if they were driven by an inner force, while, on other walls of who knows which buildings, triangles, rectangles and trapeziums chase each other. Observers are asked to pay close attention to the subjects because only in this way can they note the details characterizing these works, which sometimes appear to be simple and, in other cases, are pleasantly mysterious. Thus, in one example, there is an image split perfectly into two: the left side reveals the granularity of a white wall; the right one, part of the outline of a female figure. Analysing the composition, one is aware that the wall is transformed into a theatre wing that allows the woman to cross the space three-dimensionally, leaving only a few mementos of her presence – a lock of hair, a shoulder bag – and a desire to know who she might be. When Stein focuses her attention on the stairs, resorting to a wide range of shades of white, it seems as if we are returning to such stylistic exercises as the famous Pallina (Little Ball) that the Italian Modernist photographer Giuseppe Cavalli used in 1949 as the manifesto for his aesthetic based on the high-key print. But, as stated previously, even when her artistic inquiry goes back to previous experiences, it does this by reappraising them in a contemporary vein and it is for this reason that Stein does not display her photographs alone, but, by inserting them in frames – specially made in unusual forms alluding to audacious perspectives – she creates an indivisible whole. This is because the frame does not delimit the space, but becomes a constitutive element in a dialogue between forms that leaves the spectator spellbound.